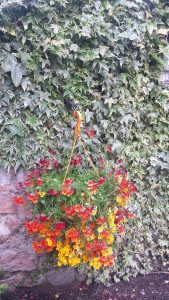 The sunflowers don’t arrive for another 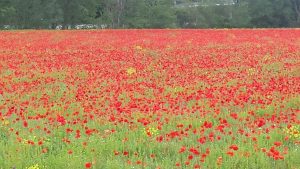 month but there is plenty a’ bloomin’ round here. Especially since we’ve had so much rain and now finally some sun! 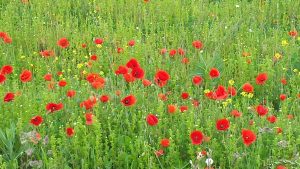 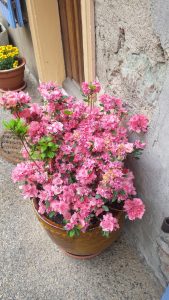 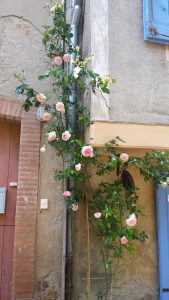 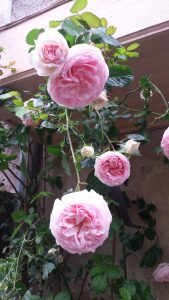 Here’s a few pics in our village and close by. Poppies and Roses galore! 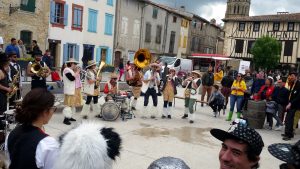 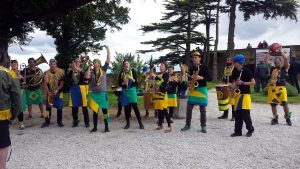 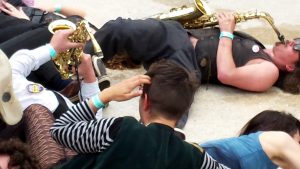 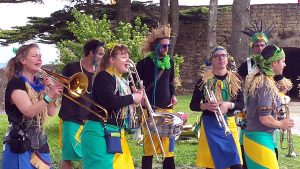 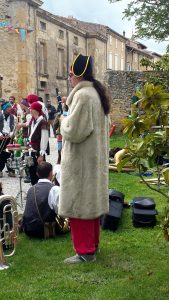 Even tho our time in Lyon was short- we packed alot in and also left things to do in the future. I loved  Lyon and want to get back there. 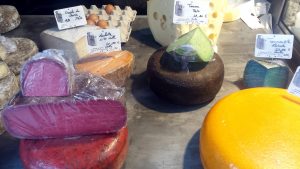 These bright colored cheeses have been showing up at markets- here in Lyon and also in our local market in Revel. I’ve tried the bright green and the red ones.  The  green is a gouda with Basil. The red, I don’t remember- but it was delish! And I haven’t had the pleasure of the turquoise yet! 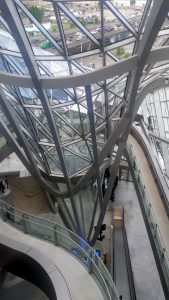 The new museum Musee des Confluences in Lyon is a wonder. I can’t recommend it highly enough. The architecture is a marvel and the exhibits thought provoking and marvelous. It’s hard to explain it so look at the link and 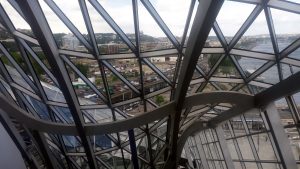 I’ll also let you know we spent 5 hours there and enjoyed every minute! 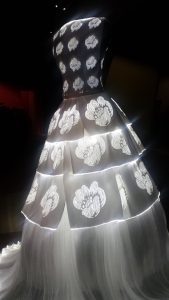 Here is a “lighted dress” from the Museum. 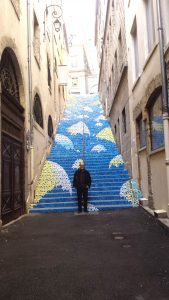 On Monday night we found a jazz club at the top of an interesting stairway. The club is called La Clef de Voute  and is a delight. It’s free tho you can purchase drinks and even small appetizers if you wish. We did the cheese plate and a bottle of red wine. 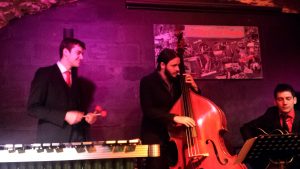 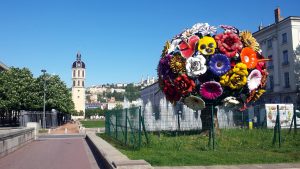 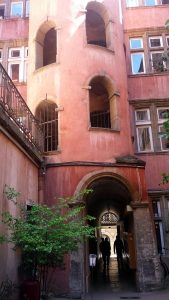 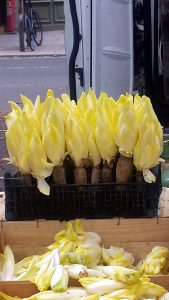 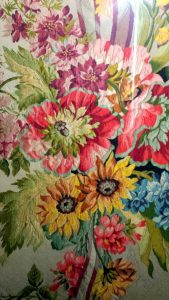 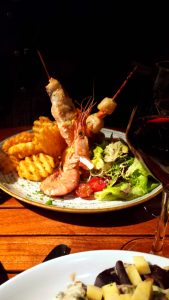 After a rather long trip- our flight was cancelled the day before we left – we arrived in our beloved village. We took the bus from the Toulouse airport to Revel- a town about 5 min from our village- and our lovely neighbor picked us up.

It’s a lovey feeling to see the first glimpse of our street here. The fronts of the houses face the

street and the back of the houses face the river Sor.  Many of these 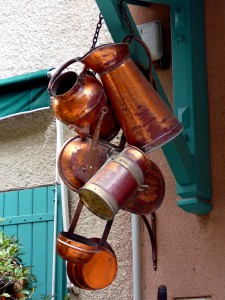 houses were copper studios- ateliers du cuivre.  Durfort has  been making copperware since the Middle Ages and still produces today. The museum in our village has beautiful pieces from the middle ages on. The waterway down the middle of the street was used to quench the hot copper and other processes. Today we use it to chill wine!!!

A short post today as I am slowly settling in and getting the studio at La Cascade all organized and ready for the summer.

Can’t wait to share it all with those that are joining us this year! 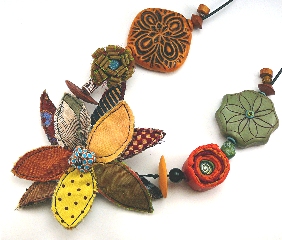