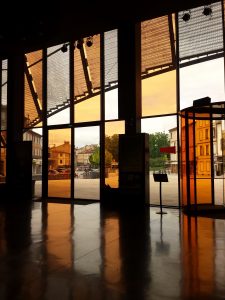 A couple weeks ago we read about a tour of the new national theater in Albi. It is quite impressive architecturally and we thought it would be interesting to possibly get backstage.  Little did we know that we were in for over two hours of tortuous, complicated , indecipherable, speed-dial French. 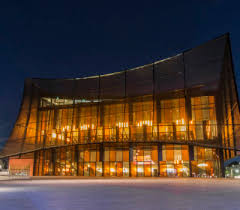 I was feeling pretty positive that my comprehension of French has greatly improved over the last couple years and felt I was up to the task of at least getting the gist of a lecture. O mon Dieu was I wrong. The lecture went on for over two hours and was incomprehensible for me. It didn’t help that the speakers were quite boring. That tone of voice is universal.

Dan and I could not escape fast enough. Immediately we started our trek thru the Montagne Noire mountains to get to the Occitane and Arabe festival in Carcassonne. We had some trouble finding the somewhat obscure community center where it was taking place, so we stopped to ask for a few direction at a small epicerie.  Within seconds there were four Frenchies- all with different opinions on where the place was 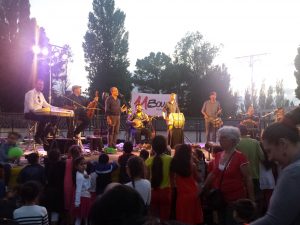 and how to get there-trying to help us out. Finally we arrived to a wonderful gathering of all ages to celebrate the music of Arabia and the old Occitane songs of the Languedoc. It was a treat. 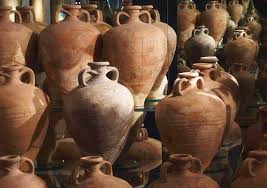 The next day we were off again to the Amphoralis– a museum I have wanted to visit for a long time. This is a museum that overlooks (literally sits above) the excavation of a large pottery workshop that existed only between the 1st to 3rd century AD. Over 70 potter families lived and worked here. Here they mass produced (by hand) the thousands of amphorae that were needed to ship wine all over the Roman Empire from the port of Narbonne about 10 miles away. They have excavated 14 large kilns, living spaces, and many many amphorae. You can learn about the daily life of the potters and even visit a garden with more than 900 plants which existed in the Gallo-Roman period. 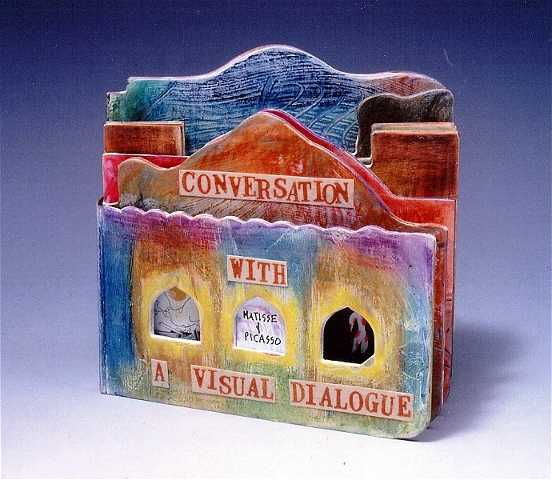