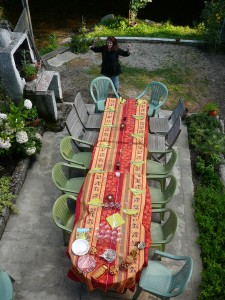 Even tho I was sad to see my workshops end- it has been lovely to have a couple weeks off before the next La Cascade classes arrive (I’ll be hostess for those).

It’s always “social time” here in the village too. A couple highlights were a dinner I had for several friends. I decided to make a huge Bolognese sauce with the addition of chorizo and smoked lardons (small pieces of bacon) and a dollop of tomato chutney in a traditional sauce. Delish! A friend brought (on purpose) one of the smelliest cheeses I have experienced. We each did taste it and gave a rating- the lowest being minus ten and the highest (from her husband) a 6.5! The odor lives on in the village along with its reputation. 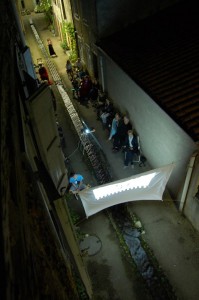 We went to friends for a big pot luck dinner and had the debut of the Durfort Clothesline Cinema: a showing of the top 2013 student animation films from CalArts in Los Angeles. Wonderful fun!

Dan and I took off on a little getaway to a couple villages we have never been to- we found music events at all of them. Latoue is SW of Toulouse and had a great New Orleans style Jazz band (they were all French) that 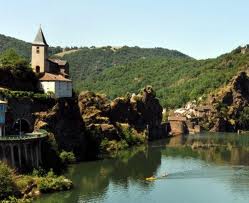 really rocked the village. Then to Ambialet where we experienced our first Son et Lumiere(Sound and Light show) that many French villages have during the summer. Ambialet is surrounded by the Tarn river as it makes a hairpin loop- the village is beautiful.

In Narbonne, they were celebrating what would have been the 100th birthday of a famous 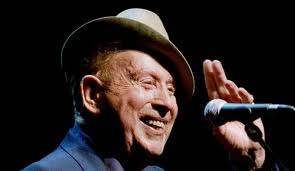 French singer Charles Trenet with a gala of french singers young and old. It lasted til 1 AM and covered everything from rock to jazz to opera to French cafe songs.

One thought on “Des petites vacances” 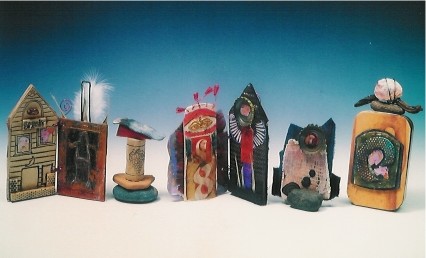